Learn more about my journey. 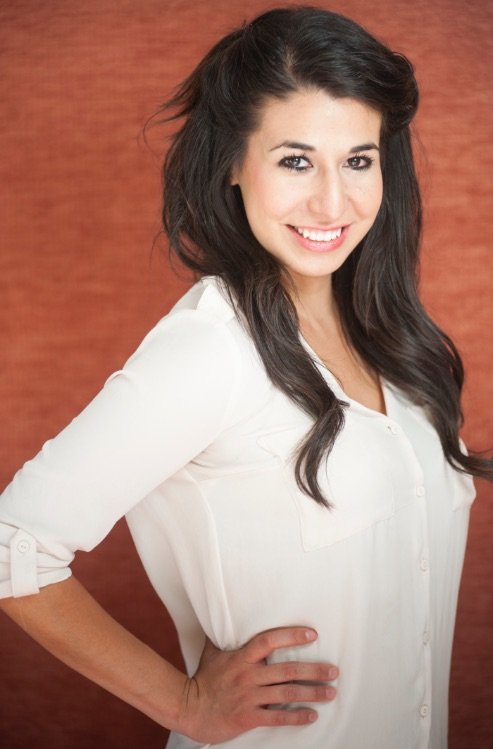 While most of my friends were taking selfies, hanging out at the mall, and daydreaming about their crushes, I had something else on my mind: becoming a nun.

It’s okay, you can chuckle. In my defense, I thought cloistered life was going to be exactly like what Hollywood made it out to be. I thought I’d be running through fields singing songs from The Sound of Music. But Maria von Trapp I was not, and when I returned home after a couple of months, I decided that it was time to reinvent myself.

After all, as I had learned, living out my dreams wasn’t about what I wanted – it was about what I could will myself to do.

While I wasn’t skipping through picturesque fields singing about how the hills are alive with music at a convent,
I knew there was one career path that would enable me to use my voice: that of a professional opera singer. With my newfound will to live out my dreams, I began to strategize ways to earn scholarships to afford an education at a top music conservatory.

I entered a local beauty pageant with my eyes on the prize of enough scholarship money to pursue my dream school, and when I emerged victorious (pun intended), I was thrilled!

After attending the University of Southern California, I spent years singing in castles and cathedrals worldwide. I performed with legendary tenor Andrea Bocelli and had a #1 hit single on the classical charts in Europe. I was living my dream…

Until it all came crashing down. 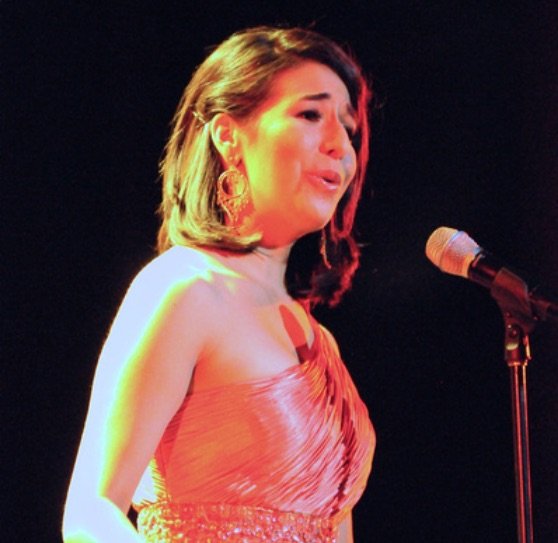 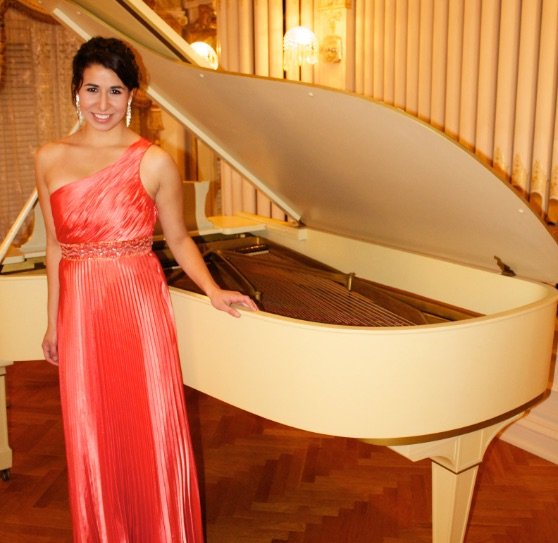 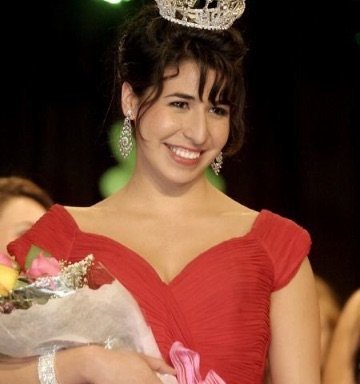 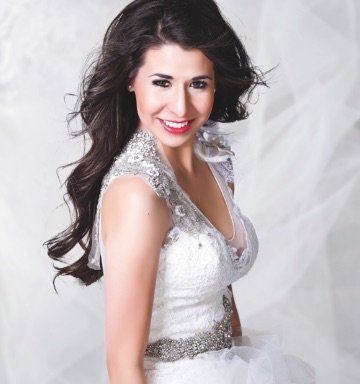 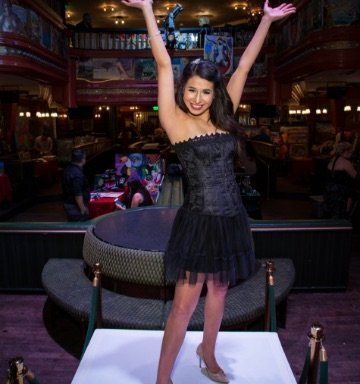 The New Plan B

When the government refused to renew my visa, my dream life came screeching to a halt. I had to return to America and figure out what my new plan B was going to be.
While most people would wallow in self-pity and uncertainty, I knew better. After all, I went from nun to award-winning pageant queen in under a year. I could certainly tackle this next challenge – and do it in style.

As a performer, I knew firsthand the amount of power good public relations has when it comes to building a career. My acclaim and success as an opera singer wasn’t just from my talent, but also from all the time I invested into learning the ins and outs of public relations and figuring out how to leverage my name for my own success. So as I pondered what to do next, the answer became clear: I would put my PR know-how to work for others as well as for myself.

Entrepreneurship was the natural next step for me, despite all the risks I knew were involved. After all, if performing on some of the world’s largest stages didn’t scare me, nothing will! In 2020, I built Victorious PR, the number-one firm for entrepreneurs and businesses looking to establish themselves as the experts in their niches.

Victorious PR was born out of my relentless drive to use my skills and knowledge to elevate brands, companies and entrepreneurs to the top of their niches – exactly where they belong! I now spend my days empowering business owners with PR that works, and I have the chance to touch lives and help businesses thrive – and I can’t imagine doing anything else. 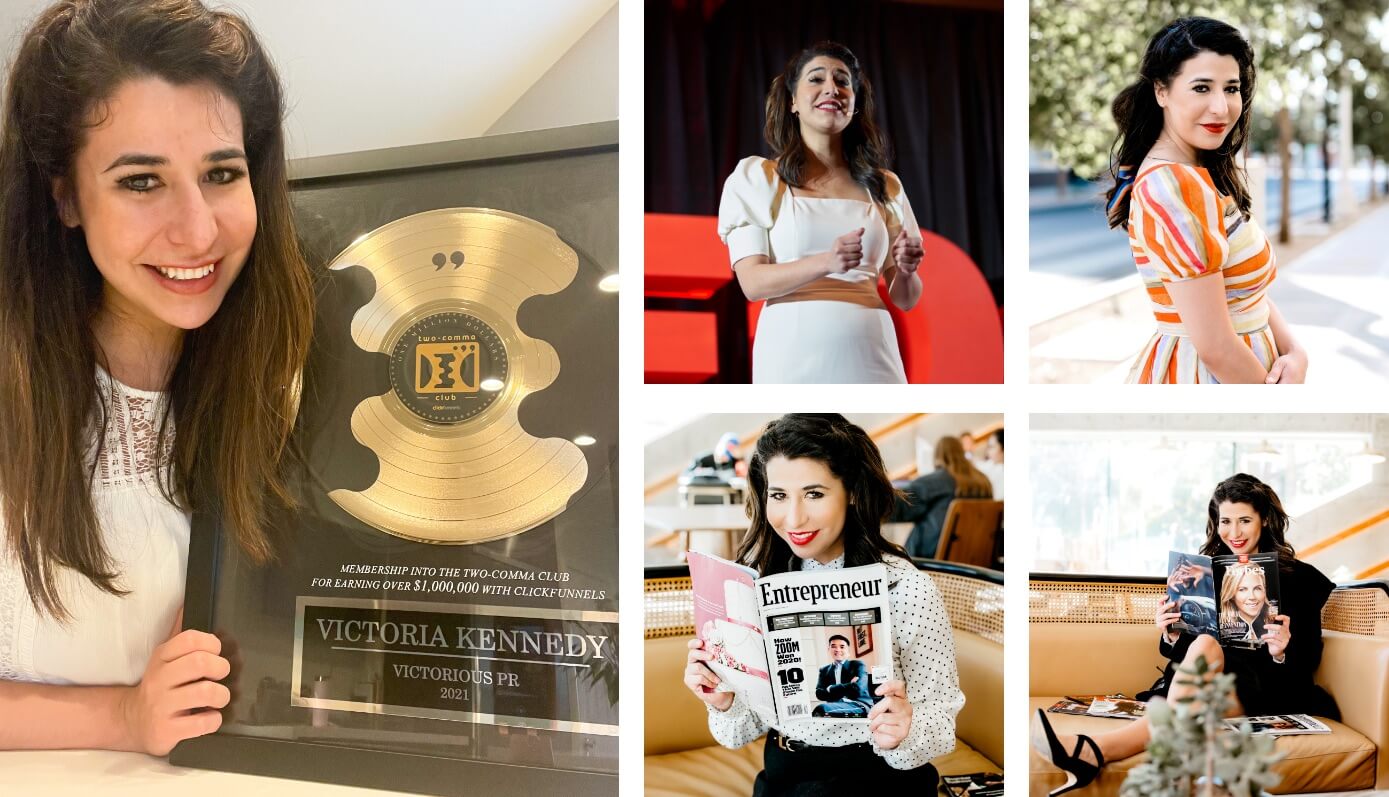 What People Have Said About Me

Want to become the
#1 Authority in Your Niche?

Victoria Kennedy is the #1 PR Expert for Digital Marketers & Entrepreneurs. She helped a lot of entrepreneurs get into the biggest publications.